SULLIVAN, N.Y. — The Oneida Indian Nation announced it has appointed Jerry Marrello as general manager of Point Place Casino, which is set to open March 1.

The casino is under construction along Route 31 in the Bridgeport area of the town of Sullivan in Madison County, a few hundred feet from the Cicero border.

Marrello has worked for the Oneida Nation’s Turning Stone Casino Resort for 13 years, the organization said in a news release. In his new role as GM, Marrello will lead daily operations and strategy for the new Point Place Casino.

For the last five years, Marrello has been key member of the senior leadership team at Turning Stone as director of nightlife and beverage operations. He has been “instrumental in establishing a variety of unique nightlife experiences” at each of Turning Stone’s “Exit 33” entertainment venues since opening in 2013, the Oneida Nation said.

“We are confident that Jerry will bring to Point Place Casino his same commitment to providing superior guest experiences that he has demonstrated in his time with Turning Stone,” Ray Halbritter, Oneida Indian Nation representative and Nation Enterprises CEO, said in the release. “As a Central New Yorker and seasoned hospitality professional, Jerry brings a unique skill set, powerful drive and contagious energy to this position that will ensure great success at Point Place Casino.” 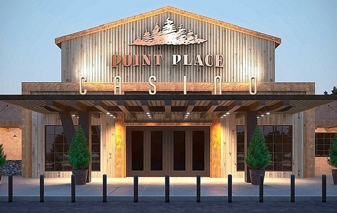 Point Place Casino will also include two fast-casual restaurants. They are Burgers of Madison County, which offers burgers and milkshakes, and a third location of Wicked Good Pizza, a pizza shop that originated at the Oneida Nation’s Yellow Brick Road Casino in Chittenango. Wicked Good Pizza also has a shop at Turning Stone Resort Casino in Verona.