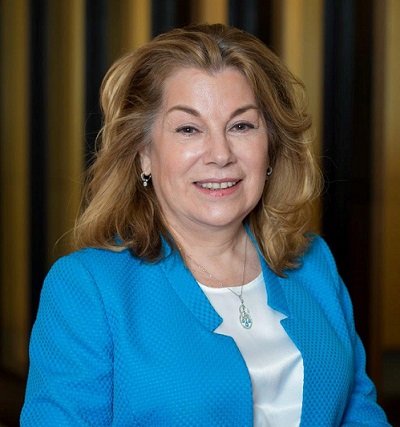 BUFFALO, N.Y. — The Health Foundation for Western and Central New York has named Nora OBrien-Suric as its new president.

OBrien-Suric, who is currently senior program officer at the New York City–based John A. Hartford Foundation, will join the Health Foundation in February, the organization said in a news release issued Thursday.

OBrien-Suric will succeed Ann Monroe, who retired at the end of 2016 after 13 years as president of the Health Foundation.

As a senior program officer at the John A. Hartford Foundation, OBrien-Suric developed programs to improve care for older adults nationwide.

Before joining the Hartford Foundation, OBrien-Suric was the director of aging programs and new initiatives at the New York City–based Brookdale Foundation Group, where she oversaw initiatives that included a social model adult day program and a geriatric and gerontology research fellowship program.

OBrien-Suric has also been director of partnerships and special projects at the International Longevity Center at Columbia University; coordinator for the Partnership for Eldercare at the New York City Department of Aging; and an elder law and entitlement specialist at the Brookdale Center on Aging Institute on Law and Rights of Older Adults.

“I am honored to be the next president of the Health Foundation for Western and Central New York and to continuing to build on the impressive legacy of Ann Monroe by working with the competent staff and the fully-engaged board of trustees. The Health Foundation is known for its commitment to the communities it serves and I look forward to growing the partnerships and ensuring that older people and young children receive the best care and lead the quality of life they so deserve,” OBrien-Suric said in the Health Foundation’s news release.