Harden Furniture assets to be auctioned off next week 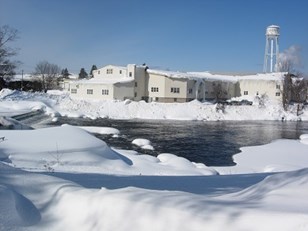 MCCONNELLSVILLE, N.Y. — Harden Furniture will be sold Jan. 31 and Greg Harden, the fifth generation of his family to run the business, hopes to be among the bidders.

Harden traces the need for the sale of the 174-year-old company to June 2016 when he brought in Indianapolis–based Miramar Capital Partners as investor to help the company pay for needed upgrades. Miramar’s investment gave it ownership of the assets of the corporation. Miramar’s purchase was made with a loan from GemCap, a Malibu, California–based firm. The loan was secured by Harden Furniture’s assets.

Month after month since then, Harden Furniture has struggled to keep up with the demands the arrangement created. It had to buy credit insurance on government invoices. It had to pay an interest rate 13 percent above the prime rate, at a time when the typical business loan was charging less than 3 percent interest, according to the Federal Reserve. The assets on which the loan was based were steeply discounted.

“We had liquidity problems within 30 days,” Harden tells BJNN. “It’s been a struggle for the last 18 months.” 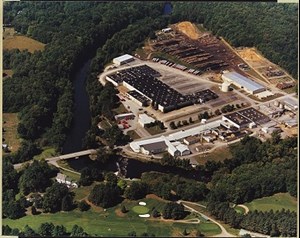 Harden said the need for outside capital was due to local banks refusing to provide the upscale furniture manufacturer with credit. In 2008, amid the financial crisis, Oneida Savings Bank declined to renew the company’s line of credit, Harden says. He went to bank after bank looking for capital but was turned down seven times, he recounts.

By mid-2016, he said the he needed to find outside financing and found Miramar through a consultant brought in to help find capital. “The business was in no danger of going under at that point,” he says, but it was necessary to find new funding.

With annual sales of $20 million, Harden Furniture is too big to be financed by the owner alone, he says, but too small to negotiate favorable terms with a bank.

So on Jan. 31, Harden will review bids for Harden Furniture and choose one. The buyer will get all the assets of the company, including the Harden name. “It’s part of the company’s intellectual property,” he notes. The buyer could choose to do anything with the assets, including selling them off, putting them in another corporation or keeping them where they are and continuing the business that currently employs 175 people.

However, whatever bid wins, Harden will continue to own the Harden Furniture buildings and real estate. Those were not part of the deal with Miramar.

Right now, Harden says one bid has been received, but he expects others. In fact, he says, he has been approached by a local investor interested in putting together a bid. Harden says he is open to the idea and is willing to invest his own cash to help make it happen.

“I don’t want to see it liquidated and I don’t think it will be,” he says. “It has more value as a going concern than its liquidated value.”

Harden says commercial sales were strong in 2017, rising 30 percent. Sales this month are up 145 percent over January last year, he adds, with broad-based commercial demand. “Maybe corporations are a little more optimistic about making purchases,” he says.

Harden Furniture, which makes hardwood furniture and upholstered furniture, is a high-end brand with big-name customers. Harden says the company’s No. 1 buyer is the U.S. State Department with embassies and offices around the world. The No. 2 customer is the White House.

“That’s not just the Oval Office,” Harden says. “I don’t know if there’s an office in the White House or Executive Office Building that isn’t Harden at this point.”

International markets are promising for Harden Furniture as well, he says. While currently the company sells about 5 percent of its product overseas, the company is talking with a large Chinese retailer with stores throughout China and the Far East. That’s a huge market, Harden notes.

Bids for Harden Furniture must be received by 9 a.m. on Jan. 31, Harden says. He expects to make a decision by end of that day.