What channel is the Syracuse basketball game on vs. Duke? 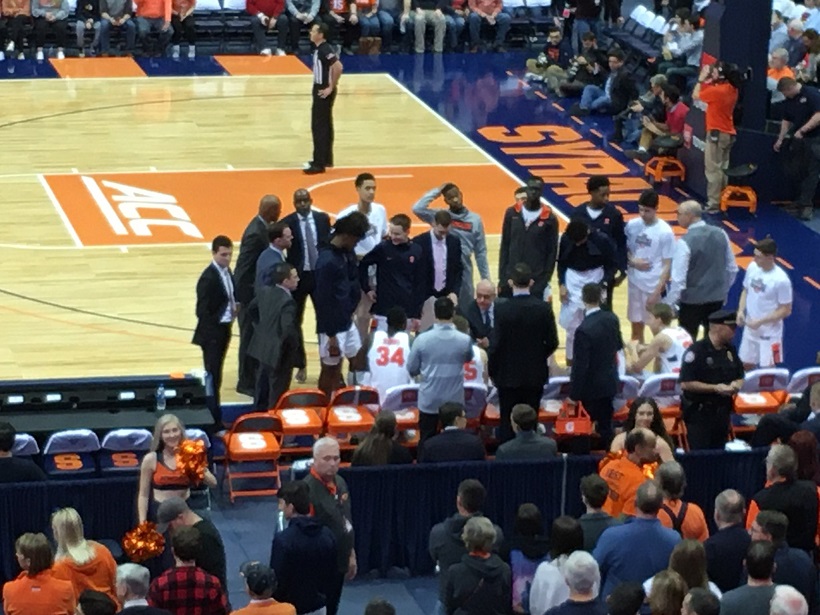 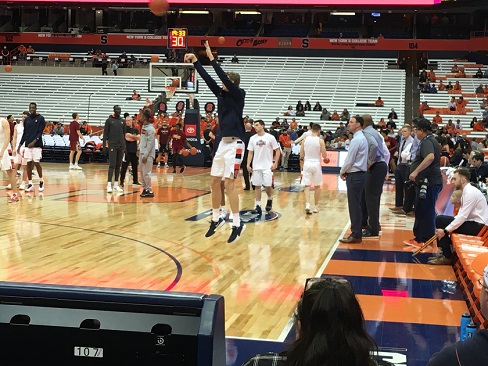 The game tips off just after 8 p.m. at the Carrier Dome, before an expected crowd of more than 31,000, and will be televised nationally on ESPN. You can also stream it on the ESPN app. Doug Sherman and Corey Alexander will be on the call.

Syracuse comes off a 71-70 loss at Clemson on Tuesday evening, which snapped a five-game Orange winning streak. The Tigers scored the game-winning layup with just 2.5 seconds left. Syracuse could really use a win over Duke for its NCAA résumé. It’s one of just three chances for a major conference win in a down year for the ACC (No. 5 Florida State and No. 6 Louisville are the other two chances, coming up in the second half of February).

Duke enters its matchup with Syracuse after a 79-67 home win over Pittsburgh on Tuesday night. That followed a 30-point home victory over Miami last Saturday. The Blue Devils are led this season by 6’10, 270-pound freshman center Vernon Carey, Jr. (17.4 points, 8.5 rebounds per game). Carey poured in 26 points and added 13 rebounds in the win over Pitt.

Saturday’s contest is the 16th all-time meeting between Syracuse and Duke, with the Blue Devils leading the series 9-6, including a 7-4 advantage since the Orange joined the ACC six years ago.