What channel is the Syracuse basketball game on at Clemson? 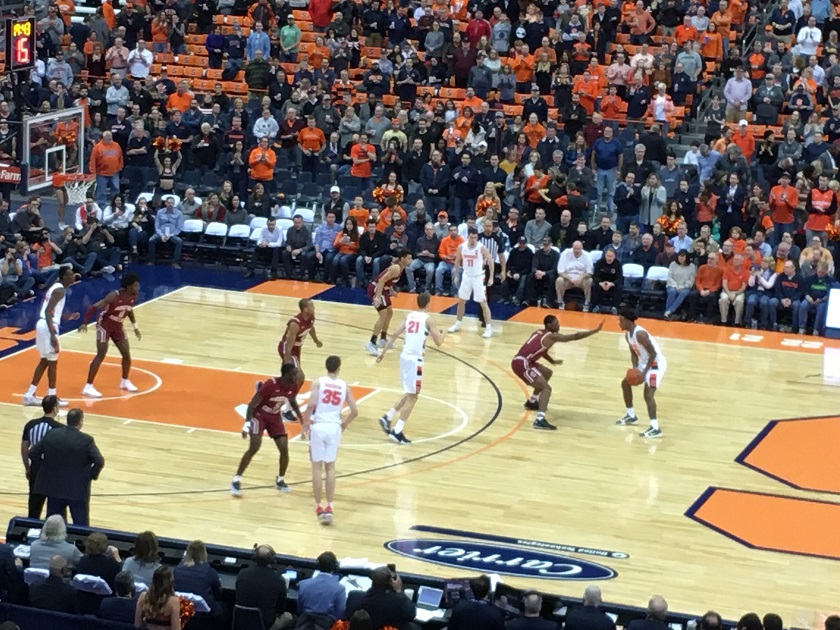 The game tips off just after at 7 p.m. at Littlejohn Coliseum and will be televised on ACC regional sports network (RSN) affiliates. Tim Brando and Mike Gminski will be the announcers.

In Central New York and many New York state markets, viewers will be able to see the game on the YES Network.

In the Syracuse area, YES is available on these channel numbers:

For other areas and TV systems in the state, you can use the YES Network Channel Finder, available here: http://web.yesnetwork.com/schedule/programs/channel_finder.jsp

Syracuse (No. 64 in the NCAA’s NET Ratings) is coming off a 69-61 home win over the Pittsburgh Panthers last Saturday afternoon. The Orange were led by Buddy Boeheim (21 points) and Marek Dolezaj (17 points, 7 rebounds). The Cuse has captured five straight games to get itself back into the post-season hunt. At least an NIT bid is likely now, barring a collapse down the stretch of the season, and the Orange have at least a longshot path to an NCAA at-large bid. That would have been unthinkable just 17 days ago when Syracuse was sitting at 8-7.

Clemson (No. 81 in NET) comes into the Syracuse contest after an 80-62 loss at No. 6 Louisville last Saturday. The Tigers are led this season by 6’8 junior forward Aamir Simms (13.8 points, 7.6 rebounds per game). The team owns a win over Duke, posted two weeks ago.

Tuesday’s contest is the 10th all-time meeting between Syracuse and Clemson, with the Tigers leading the series 5-4. Clemson beat the Orange 67-55 at Littlejohn Coliseum last March 9 to close out last year’s regular season.

ESPN’s College Basketball Power Index (BPI) gives Syracuse a 44.4 percent chance of beating the Tigers. The projected point differential is Clemson by 1.4 points. The sports analytics website TeamRankings.com says the Orange have a 44.5 percent chance of winning the game.