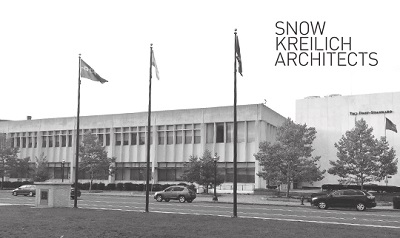 SYRACUSE, N.Y. — VIP Architectural Associates (VIPAA) plans to work with Minneapolis, Minnesota–based Snow Kreilich Architects on the new design of the façade at the Post-Standard building.

VIP Architectural Associates is part of Syracuse–based VIP Structures, which has announced plans that include their new corporate headquarters on the first floor that faces Clinton Square.

Design principals Julie Snow and Matthew Kreilich lead the firm. Both Snow and Krelich have a connection to the area as they were visiting professors at Syracuse University’s School of Architecture in 2011, VIPAA said.

“VIP Architectural Associates has collaborated with national firms on high-profile projects in the past, including the redevelopment of the Dunk & Bright warehouse, known today as the Nancy Cantor Warehouse. Our team is looking forward to collaborating with Snow Kreilich, as a world-renowned façade specialist, to bring a fresh eye to this project that is rich in history and a cornerstone of downtown Syracuse,” Dave Nutting, chairman & CEO of VIP Structures, said.

The 275,000-square-foot building is located at 1 Clinton Square in Syracuse. VIP Structures — an architecture, engineering, construction and development firm — is currently headquartered at One Webster’s Landing in Syracuse.

New York State has awarded VIP Structures of Syracuse a $1.5 million REDC grant for its work to renovate the Post-Standard building into its new headquarters.

State officials on Dec. 13 announced the funding during the regional economic-development council (REDC) awards in Albany.

VIP will use the entire $1.5 million in funding to refurbish the existing structure for commercial use by VIP, the Herald Publishing Company, LLC, and other tenants.

Besides its new headquarters, VIP plans to lease the second floor, which includes roughly 50,000 square feet, as additional office space.

VIP is also planning a three-story addition consisting of 25,000 square feet of commercial leased space on the third floor, and residential units overlooking Clinton Square on floors four and five.