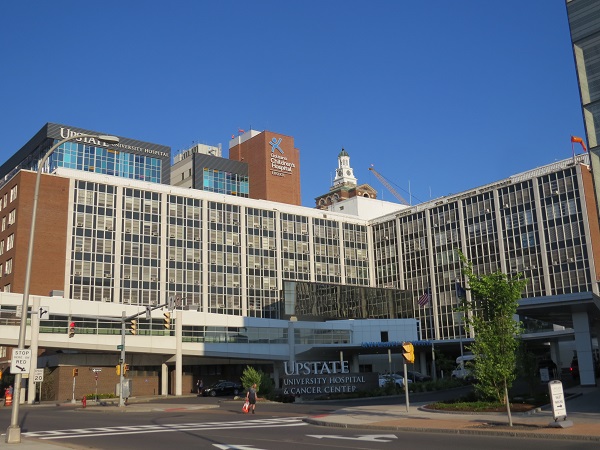 Upstate Medical had appointed Corona as interim CEO following the resignation of Steven Scott, who had served in the role since January 2017.

Tucker had assumed the CMO duties of Dr Anthony Weiss, who accepted a post at Beth Israel Deaconess Hospital in Boston.

“Dr. Corona and Dr. Tucker have served with distinction throughout their careers and most recently in their interim positions,” Dr. Mantosh Dewan, interim president of Upstate Medical University said in a news release. “I am pleased to have them as part of the leadership team as we move forward.”

“I am grateful for this opportunity and fully support interim president Dewan’s appointment of Dr. Tucker as CMO,” Corona said. “I look forward to continuing to work with her, other hospital officers, and the Upstate and SUNY communities to lead Upstate University Hospital in its support of our university’s clinical, educational and research missions.”

During his time at Upstate Medical University, Corona has led the development and implementation of the Upstate MIND (Medical Innovation and Novel Discovery) initiative at the CNY Biotech Accelerator.

He’s also served as a professor and chair of the department of pathology and laboratory medicine; medical director of neuropathology; and VP for innovation and business development.

Corona also founded Upstate’s telemedicine program during his time with the medical school in the 1990s. In addition, he’s also served as chief medical officer and VP of medical and scientific affairs at Welch Allyn Inc. in Skaneateles.

Tucker, a practicing cardiologist, joined Upstate in 2017 as director of adult ambulatory services.

Photos of Corona and Tucker provided by Upstate Medical University