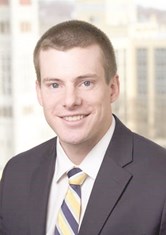 On Aug. 2, the Dow Jones Industrial average set a record, closing above 22,000 for the first time (and as of press time, was still hovering around there). People will debate the cause of the stock-market rally and how long it will last, but there is only one answer that matters to the prudent investor — time.

Markets go up over time. Over the last 90 years, the S&P 500 (a better gauge of the U.S. stock market than the Dow) has seen 11 “bear markets” during which the index fell by more than 20 percent of its value. In four of these instances, the index fell by 48 percent or more, with the largest fall (86 percent) coming during the Great Depression. Despite these large declines in value, if you had bought and held from 1927 through today, you would have realized an annualized 9.9 percent return. The biggest losers were not people who failed to foresee Black Tuesday, the 1973 oil embargo, the dot-com bubble, or the financial crisis. They were people who had not invested.

The stock market is notoriously difficult to predict. On Aug. 13, 1979, Businessweek ran a famous cover story entitled “The Death of Equities.” Businessweek cited inflation, changing regulation, and an increase in investment alternatives as the reason America should “regard the death of equities as a near-permanent condition.” Over the next 20 years, the Dow would jump from 839 to 11,497, and investors in the S&P 500 would receive a 17.7 percent annualized return.

In 1999, or 20 years after the Businessweek story, Kevin Hassett and James Glassman wrote “Dow 36,000,” a book articulating why the Dow would triple by 2005. Hassett and Glassman argued the cost of equity should be on par with treasury yields, leading them to conclude the “single most important fact about stocks at the dawn of the twenty-first century: They are cheap… If you’re worried about missing the market’s big move upward, you will discover that it is not too late.” In January 2005, the Dow closed at 10,490. “Dow 36,000” now sells used for 1 cent on Amazon.

In addition to being unprofitable, market timing is also mentally punishing. If you were to sell out of your position now and, in a year, the market was 10 percent higher (Dow 24,200), would you get back in or keep waiting for the fall? If, instead, it was 10 percent lower in a year (Dow 19,800), would you stay on the sidelines in anticipation of more declines, or would you conclude the market had bottomed out? The challenge with market timing is that you need to be right twice — when you sell and when you buy back in. And remember, by being out of the market, you’re also missing the 2 percent annual dividend that large-cap stocks are paying.

You can play the same game with price-to-earnings (P/E) ratios. Currently, the P/E ratio of the S&P 500 is high by historical standards, suggesting the market is overvalued. However, stocks look forward, not backwards, and the forward-looking P/E ratio is slightly overvalued but much closer to “normal.” Lastly, the earnings yield of equities (P/E’s inverse) relative to yields on long-term bonds actually makes stocks look cheap. Are stocks overvalued? It’s anyone’s guess.

The Dow has reached a new high because markets go up over time. However, there are periods where they go down. If you can’t financially afford or mentally stomach a 40 percent or greater decline in your portfolio, you shouldn’t be 100 percent invested in stocks. Find a risk profile that matches your needs; diversify from the S&P 500 to other markets such as small-cap stocks, international stocks, and bonds; and stick with your allocation. Trying to outsmart the market leaves most people feeling foolish.

Ethan Gilbert is a vice president at Disciplined Capital Management and a financial advisor at Rockbridge Investment Management.