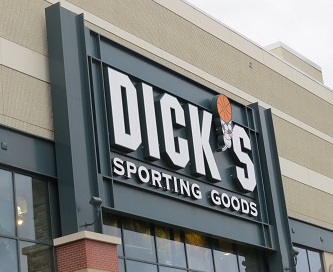 ITHACA, N.Y. — The New York State Police in Ithaca on Wednesday arrested a woman and a female teen from Syracuse for fourth-degree grand larceny, a felony.

Troopers say that on April 4 they headed to a Dick’s Sporting Goods store at The Shops at Ithaca Mall in Lansing to respond to a report of several items being stolen the night before. After an investigation, troopers say they concluded that the two females came into the store and filled duffel bags, which were also stolen from the store, with more than $1,700 worth of merchandise, according to a State Police news release. Store employees had surveillance footage of the pair but were unable to make out the license plate of the gray Jeep Cherokee that was running in the parking lot before they fled. Troopers say they made “several efforts” to identify the suspects.

On Wednesday, the trooper investigating the case from Dick’s Sporting Goods heard a radio transmission BOLO (be on the lookout) for a gray Jeep Cherokee that had just been involved in a larceny at a store in Cortland County and was traveling on State Route 13 toward Tompkins County, per the release. A village of Dryden police officer, who also heard the radio call, stopped the vehicle and investigated to determine that the two people in the vehicle were the same pair who had stolen from Dick’s Sporting Goods on April 4.

State Police identified the one suspect as 26-year-old Jasmine N. Felton-Brown and the other as a 17-year-old female, whose name they withheld. Both females are from the Syracuse area.

The suspects were taken into custody by the Cortland County Sheriff’s Department to face charges for their alleged crime in Cortland County, but then later turned over to New York State Police. Both suspects were arraigned in the town of Lansing Court. Felton-Brown was remanded to the Tompkins County Jail on $500 cash bail or $1,000 property bond. The 17-year-old suspect was released on her own recognizance and turned over to a third party, the State Police said.