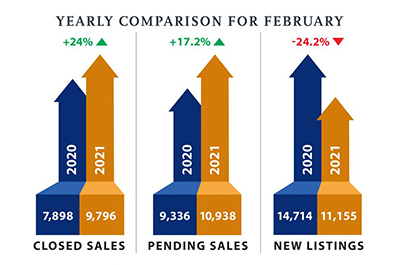 It was the fifth straight month of sales growth in year-over-year comparisons, NYSAR said.

A 6 month to 6.5 month supply is a balanced market, the association says.