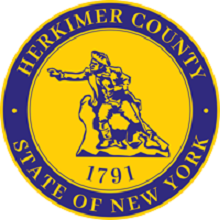 The project will impact the villages of Ilion, Frankfort, and Herkimer, and the towns of Herkimer and Schuyler.

The effort will provide taxpayer savings of about $25 million due to the shared-services “efficiency approach” of these municipalities, the office of Gov. Andrew Cuomo said in a news release.

Herkimer County Industrial Development Agency (IDA) has been awarded $1,085,875 for small-scale implementation, per the release. The balance will come after the completion of the design and engineering studies. The Herkimer County IDA is working with the Mohawk Valley Water Authority to extend a new clean-water transmission line in Herkimer County to provide an additional source of drinking water to the five communities.

This cost-sharing effort among the five participating municipalities will implement a “coordinated, regional solution” with potential benefits to over 22,000 residents. The MRF project will finalize the engineering, legal, technical, and administrative plans necessary for the construction and long-term management of this regional water project.

The MRF is a $25 million fund, managed by the New York Department of State’s division of local-government services to support local-government restructuring projects in multiple stages of development. The organization of the MRF enables project review and state investment to occur at “multiple stages or phases” of implementation, from initial project development to full project completion.

Projects qualify based upon the type of the proposal, the number of local governments involved, and the potential financial impact to the municipal residents. The amount of funding available per project is based upon estimated future cost savings that will be generated when fulfilled.

Projects listed for development become eligible for additional funding if the project successfully moves to implementation.

Since its inception in 2016, the MRF has approved $25 million in state funding for 35 projects that are either in phase 2 - project development; phase 3 - small-scale implementation; or phase 4 - full scale implementation. The annual estimated savings expected to be realized from implementation of these projects exceeds $81 million.

The MRF utilizes multiple deadlines for project submission to enable applications and project awards throughout the year.