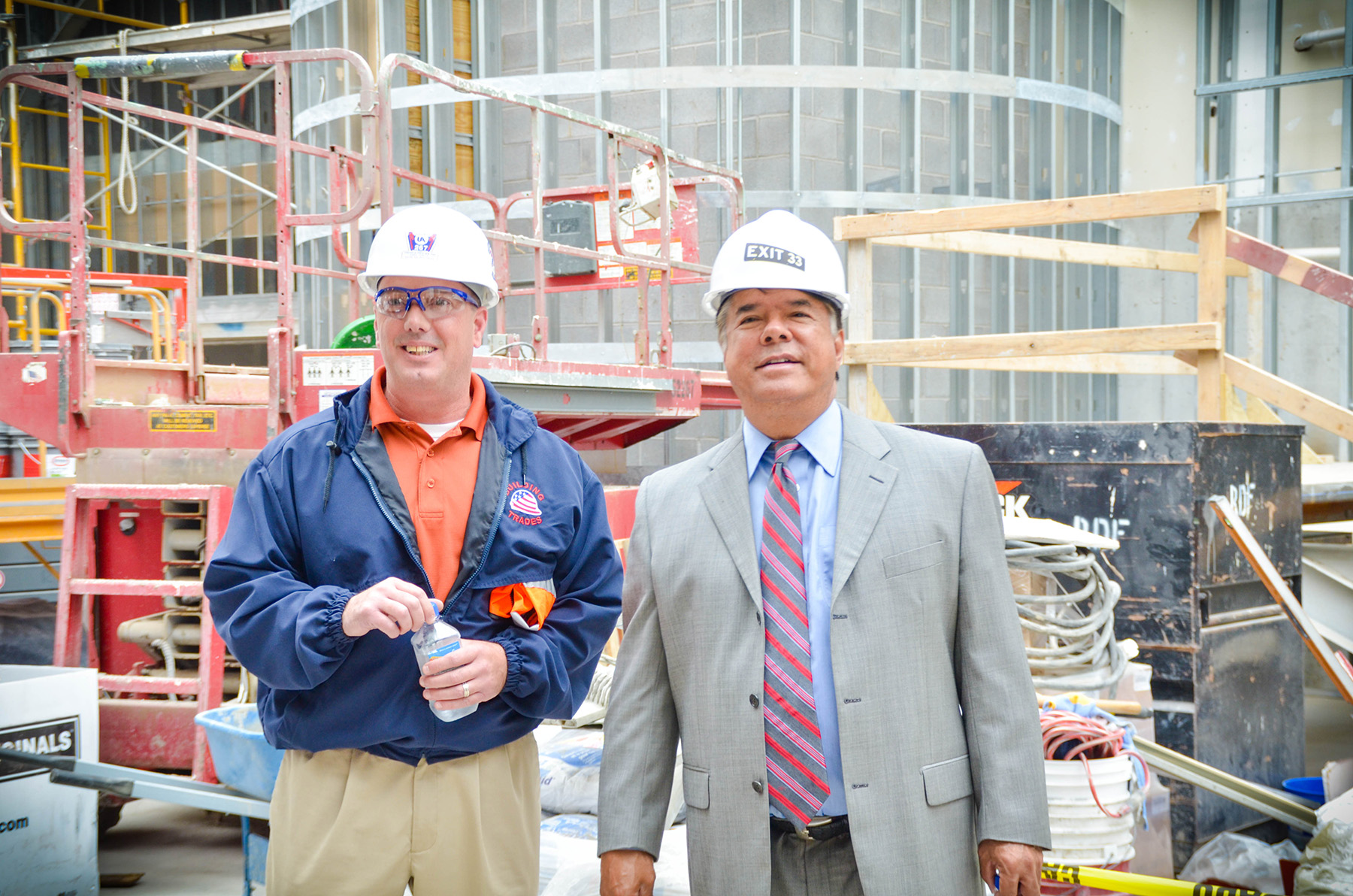 VERONA — The Oneida Nation on Monday conducted a construction site tour of the upcoming “Exit 33,” an entertainment complex at the Turning Stone Resort Casino in Verona.

About 280 construction workers are constructing the venue that “continues to be on schedule for a July opening,” the Oneida Nation said in a news release.

Construction on the facility has been in progress for over seven months, Halbritter said in the release.

“When we open in July, we will be adding more than 125 permanent jobs to one of the largest workforces in Central New York,” Halbritter added.

“Exit 33” will include Tin Rooster, a barbeque and dance hall featuring a “country atmosphere;” The Gig, which will feature local bands, food, and beverages; and Turquoise Tiger, a “sophisticated” lounge and cocktail bar, inspired by 1940’s film noir (stylish Hollywood crime dramas), with entertainment that includes songstresses, pianists, and comedians, according to the Oneida Nation.