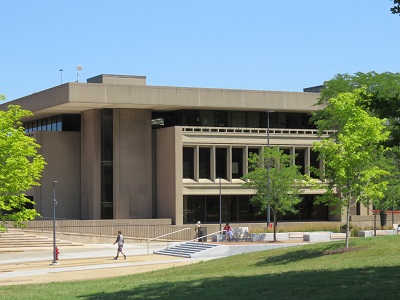 SYRACUSE, N.Y. — The Samuel I. Newhouse Foundation has announced its plan to pledge $75 million to Syracuse University’s S.I. Newhouse School of Public Communications.

The donation represents “the largest gift in the University’s 150-year history,” Syracuse University said in a news release.

Donald Newhouse, who graduated from Syracuse in 1951, made the announcement on Monday at an event at the Newhouse School on the Syracuse University campus.

“The Newhouse School resulted from my father’s dream to establish the finest journalism school in the world,” Newhouse said. “That vision has come true, thanks to the unwavering support of [Syracuse University] Chancellor Kent Syverud, the extraordinary leadership of Deans David Rubin and Lorraine Branham, and the exceptional faculty and the diverse and successful student body they have attracted to the school.”

The gift, which would be “one of the largest ever to any communications school,” will support multiple academic initiatives, under the leadership of the school’s next dean.

It expands the visions of the school’s two most recent leaders, Syracuse said. David Rubin, who retired in 2008 after 18 years as dean, and Lorraine Branham, who died of cancer last year after nearly 11 years as dean. A national search for the next dean is underway, with the goal of having a new leader in place by July 1 of this year, the start of the new fiscal year.

“The proud legacy of the S.I. Newhouse School of Public Communications is more important now than it has ever been,” Syverud said. “The generosity of the Newhouse family enables Syracuse University to educate journalists whose dedication to the First Amendment enriches our society. Their support ensures that Syracuse University graduates are both thoughtful communicators who understand the complexity of global audiences and bold innovators who are shaping the future of the field.”

Donald Newhouse is an honorary trustee of Syracuse University. His son, Michael, is a voting trustee.

The Newhouse School is named for Donald Newhouse’s late father, Samuel I. Newhouse, who founded Advance Publications in 1922. His initial gift of $15 million in 1962 — the largest gift in University history at that time — supported the construction of the first of the school’s three buildings, Newhouse 1, which was dedicated in 1964 by President Lyndon B. Johnson. The second building, Newhouse 2, was dedicated in 1974 by William Paley, chairman of the board of CBS.

With support from the Newhouse Foundation, the third building, Newhouse 3, was dedicated in 2007 by Chief Justice of the United States John Roberts.