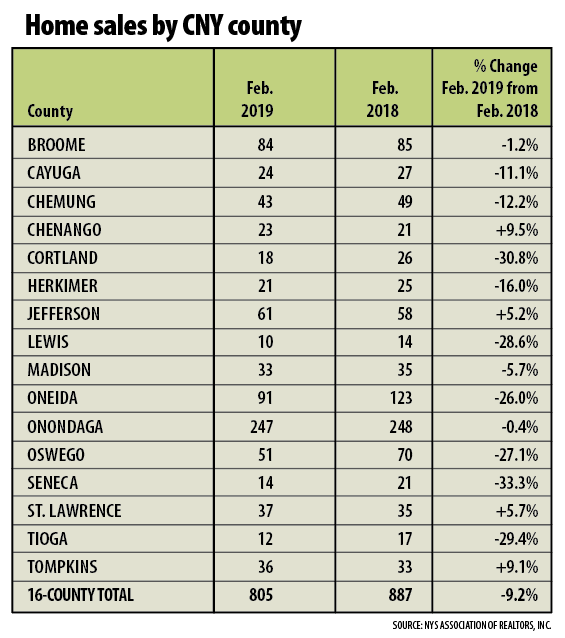 In the 16-county Central New York region, realtors closed on the sale of 805 homes in February, down 9.2 percent from 887 a year prior.

Pending sales totaled more than 8,900 in February, down nearly 2 percent from the same month in 2018.

A 6 month to 6.5 month supply is considered to be a balanced market.

Realtors in Onondaga County sold 247 previously owned homes in February, one fewer than in the year-ago period. The median sales price dipped to $135,000 from $135,150 a year prior, according to the NYSAR report.

Realtors in Broome County sold 84 existing homes in February, one fewer than the same month in 2018, per the NYSAR report. The median sales price increased about 12 percent to $106,000 from nearly $95,000 a year ago.