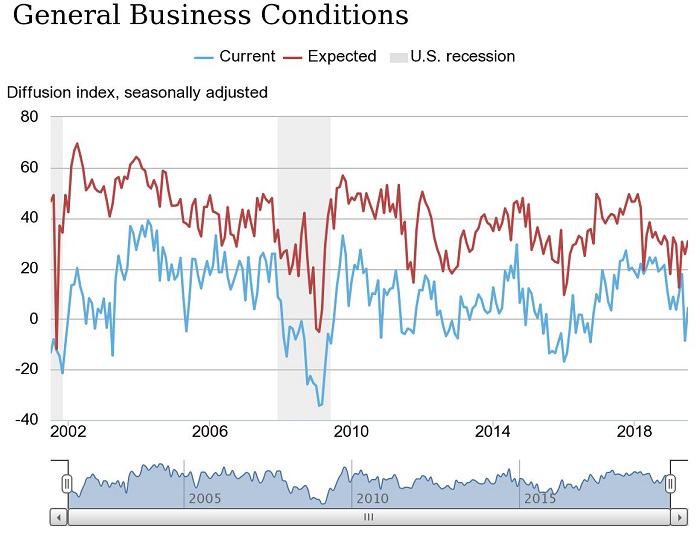 The general business-conditions index had plummeted 26 points to -8.6 in June, representing its “largest monthly decline on record.”

The July reading, based on firms responding to the survey, indicates “business activity rebounded modestly in New York,” the New York Fed said in its Monday report.