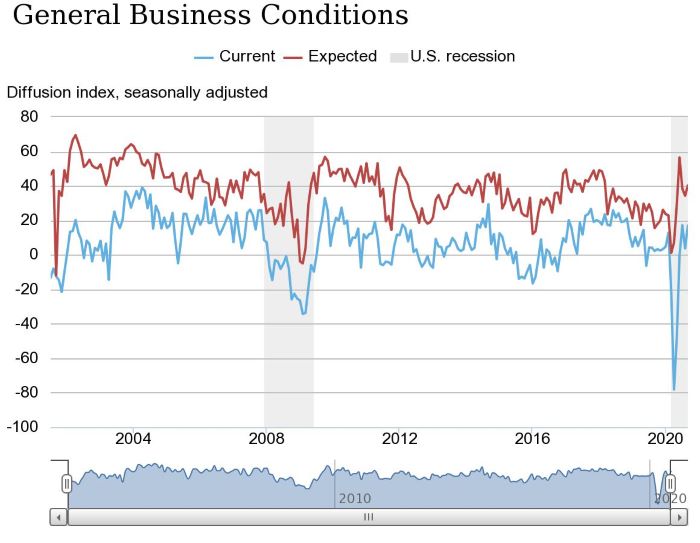 The index fell 14 points to 3.7 in August, “signaling a slower pace of growth than in July.”

The index climbed 17 points in July to its first positive reading since February.

The September reading — based on firms responding to the survey — indicates business activity “expanded at a solid clip” in New York, the Federal Reserve Bank of New York said in its Tuesday news release.

A positive reading indicates expansion or growth in manufacturing activity, while a negative reading on the index indicates a decline in the sector.

Employment was again little changed this month, though the average workweek picked up. Input prices increased at a faster pace than in August, and selling prices continued to increase modestly.

Looking ahead, firms remained optimistic that conditions would improve over the next six months.