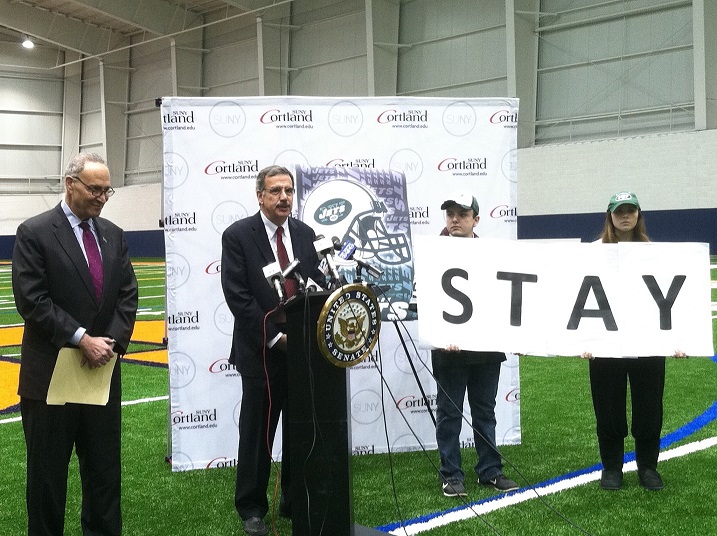 The Jets franchise announced Tuesday that it has decided to stage its NFL pre-season training camp at the team’s year-round facility — the Atlantic Health Jets Training Center in Florham Park, New Jersey.

The Jets have held their camp at SUNY Cortland annually since 2009, except for the 2011 season over concerns about the NFL lockout.

“SUNY Cortland felt like home because of the tremendous local support we received during our time there,” Woody Johnson, owner of the New York Jets, said in a news release posted on the NFL team’s website. “President Erik Bitterbaum and the university staff, as well as the families and businesses of Central New York, all went above and beyond to embrace our organization and create a comfortable environment for our team and fans. They always will be a part of our Jets family.”

The Jets move came despite the urging of Bitterbaum and U.S. Senator Charles Schumer (D–N.Y.). On Jan. 12, Schumer and Bitterbaum held a news conference at Syracuse University’s (SU) Ensley Athletic Center, calling on the Jets to keep their training camp at SUNY Cortland.