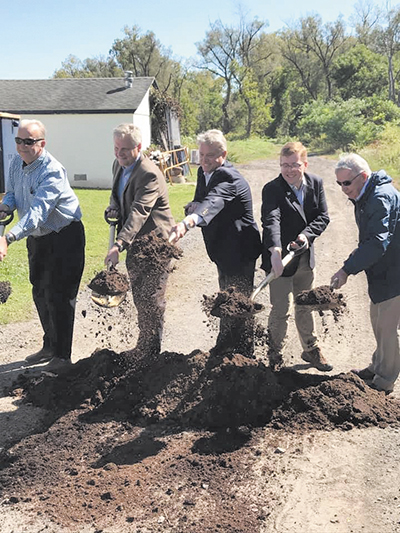 GERMAN FLATTS — The New York State Canal Corporation recently announced it has opened a new section of the Erie Canalway Trail in the Mohawk Valley that will “fill a crucial trail gap” in the region as well as bring Gov. Andrew M. Cuomo’s Empire State Trail network closer to completion.

“As more portions of the Erie Canalway Trail are finished, more people will have the opportunity to experience what makes it special,” Brian U. Stratton, Canal Corporation director, said in a news release. “For cyclists, hikers and joggers, the trail is another reason to make the Mohawk Valley a destination.”

The Erie Canalway Trail is currently about 85 percent complete, the Canal Corporation said. Stretching from Albany to Buffalo, the trail is part of the 750-mile Empire State Trail, which will be the nation’s largest state network of multi-use trails, the release stated. It is scheduled for completion late next year.

“Having a dedicated trail rather than having to walk or ride along a busy state highway will encourage more trail use,” Andy Beers, Empire State Trail director, said. “As more of these sections are completed, people will have the opportunity for a more scenic ride, but can also experience what makes the Canal System a special place to be.”

During construction on the 10-foot-wide asphalt path, construction crews installed railing on the trail, along with storm pipes and culverts for drainage. Crews also installed concrete pads to accommodate benches, interpretive signs, picnic tables, grills, and bike racks, per the release. New trees and shrubs were also planted and the access road and parking area for Lock E-18 were improved.

The project complements another $2.1 million trail project now underway in Herkimer County, to connect Lock E-18 to Route 167 in Little Falls. It is scheduled for completion in September 2020 and will result in a 20-mile stretch of new Erie Canalway Trail in the Mohawk Valley.