Most CNY counties lag behind rest of state and U.S. in real GDP growth 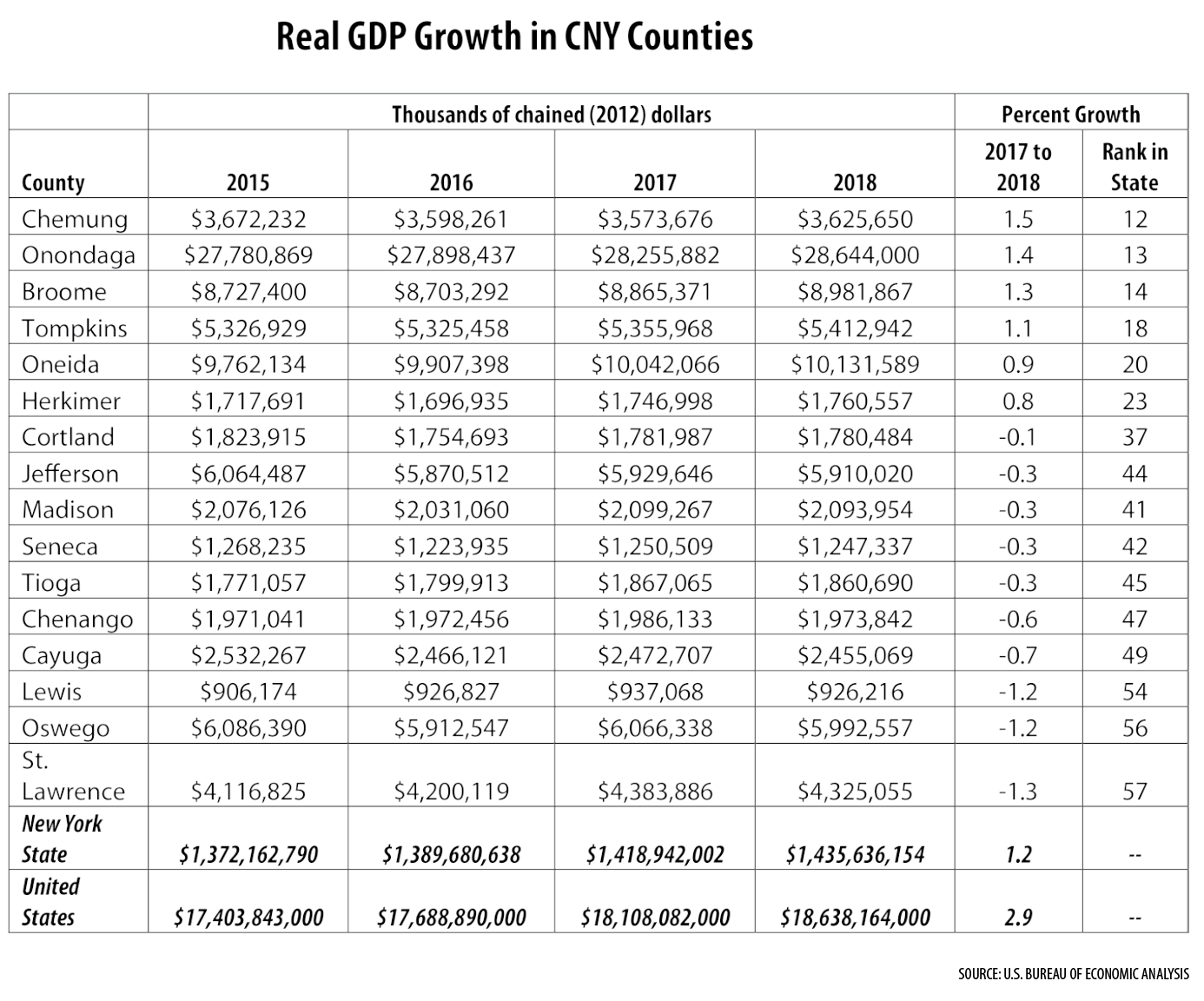 Real gross domestic product (GDP) fell in 10 of Central New York’s 16 counties in 2018, according to new statistics released by the U.S. Bureau of Economic Analysis (BEA) on Dec. 12.

The BEA defines GDP by county as the value of goods and services “originating in all the industries in the county.” Real GDP is an inflation-adjusted measure that removes the effects of price changes.

Only Chemung (1.5 percent), Onondaga (1.4 percent), and Broome (1.3 percent) counties had growth rates higher than the state average of 1.2 percent. The U.S. real GDP average for the period was 2.9 percent.

In terms of total real GDP, Onondaga County had the largest 2018 amount in the region at $28.6 billion. Lewis County had the smallest amount with $926.2 million.

On the nationwide level, the BEA news release reported, “Real gross domestic product (GDP) increased in 2,375 counties, decreased in 717, and was unchanged in 21 in 2018.” The percentage change in real GDP ranged from 86.5 percent in Jackson County, West Virginia, to -44 percent in Grant County, North Dakota.