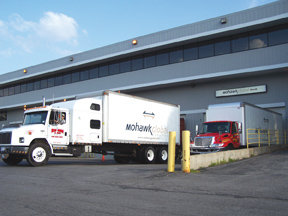 The acquisition yields OEC’s additional freight volume, which Mohawk Global will use to enhance its Midwest network, the company said in a news release.

“This acquisition is part of a broader plan to expand into the Midwest,” Gar Grannell, Mohawk president and CEO, said.

Mohawk Global Logistics, established in 1970 and headquartered in Salina, is a third-party freight transport company, providing international and domestic transportation, customs brokerage, and international-trade consulting. The company has nearly 100 employees total, including almost 60 in Central New York, according to the 2013 Book of Lists.

OEC Freight Chicago is based in Bensenville, Ill.