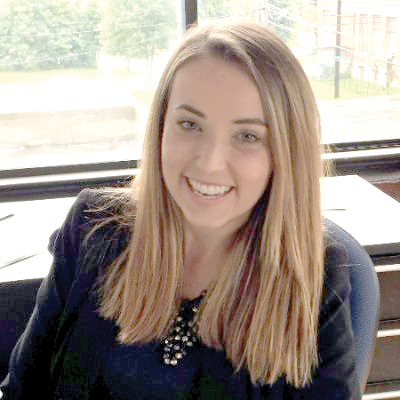 UTICA, N.Y. — As she gets ready to depart for another railroad job in Washington state, Bethan Maher, executive director of the Adirondack Rail Preservation Society for the last five-plus years, is thankful and optimistic about its future following strong recent growth.

The Society operates the Adirondack Scenic Railroad, a tourism attraction that links the Mohawk Valley and the Adirondack Olympic Region of New York state.

Ridership and new events have helped drive ticket revenues up 60 percent in the past several years, Maher tells CNYBJ.

“My time with the Adirondack Scenic Railroad has been an incredible learning experience; it has been a privilege to learn from and work with our board of directors and volunteers. Over the past several years we have aggressively restructured and reinvented the organization,” she says.

“The Adirondack Scenic Railroad is an integral part of the communities it serves and will continue to grow events and special excursions. Ridership will continue to increase as the quality and quantity of service offerings grow,” she contends.

Maher is leaving the organization to head up the Mount Rainier Railroad and Logging Museum in Elbe, Washington — about 20 miles from Mount Rainier.

“Bethan has made an enormous contribution to the success of the Adirondack Scenic Railroad,” Bill Branson, chairman of the railroad’s board, said in a news release, adding Maher will be difficult to replace. “This new challenge is a compliment to Bethan’s work ethic and the success she has helped to make happen in our operations in the Mohawk Valley and the Adirondacks,” he added.

A search for new leadership has begun, Branson said.

The Adirondack Rail Preservation Society has been at the forefront of efforts to preserve railroading in the Adirondack Park, fighting in court to prevent the state from tearing up railroad tracks to convert rail beds to hiking and biking trails.

The operation is known for fall foliage tours and the Christmastime “The Polar Express” train ride.