DeWITT — MACNY, the Manufacturers Association, will use a portion of grant funding awarded to a partner organization to help develop local and regional apprenticeship programs.

DeWitt–based MACNY is partnering with JFF, which is headquartered in Boston. JFF, which is short for Jobs For the Future, says it is a national nonprofit “driving transformation in the American workforce and education systems.”

Faced with a shortage of skilled labor driven by baby-boomer retirements and “steep” tuition costs that prevent many young people from pursuing a college education, “employers and policymakers are looking beyond standard hiring practices,” JFF said in an Aug. 22 news release. Instead, employers are turning to youth apprenticeships, high school-based registered apprenticeships, and other forms of work-based learning to prepare youth and younger adults for the future of work.

JFF said it had received more than $16 million in new funding from public and private awards to “create and scale real-world training opportunities” through an expansion of its Center for Apprenticeship & Work-Based Learning, which is based in Washington, D.C.

Launched in 2017, the Center for Apprenticeship & Work-Based Learning provides network and advisory services, training, and resources to employers, policymakers, and workforce-development organizations as part of JFF’s offerings.

The funding includes a $9.7 million contract from the U.S. Department of Labor’s Employment and Training Administration to back JFF’s partnerships with MACNY and a similar organization in Colorado. 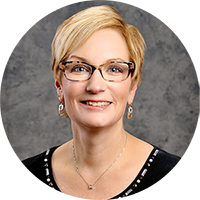 The funding will help to build both the capacity and number of “high-quality” registered apprenticeship programs serving high-school students, JFF said. The funding will enable the center and its partners to provide technical services and financial assistance to more than 50 sites that make up the Washington, D.C.–based Partnership to Advance Youth Apprenticeship (PAYA) network.

JFF is one of PAYA’s national partner organizations, per the website of Washington, D.C.–based New America, the nonprofit that created PAYA.

“The JFF grant funding goes to allow myself and an assistant director of apprenticeship … to be paid as subject-matter experts so we can help not only in our own community but statewide,” Ponge says.

PAYA offered a pool of grant funding for apprenticeship programs. More than 200 sites applied from 49 states and Puerto Rico, but PAYA awarded only nine grants nationally and none in New York, per a May 29 news release on the PAYA website. With the JFF grant funding, Ponge and her colleague will focus on some of the sites that applied but weren’t selected for a grant.

“We will be tasked with helping them to start programs on their own and hopefully be really well-suited to get into the next round of grant funding,” says Ponge.

When asked if any of the sites are in the Syracuse area, she replies, “We don’t know that yet … We do know there will be sites in New York, but we don’t know who they are.”

Ponge believes that manufacturing is one of the only industry sectors left where you can enter at a young age from various education levels and have a chance to work your way up the ladder to the top by the end of your career.

“It’s still one of the only career pathways where you can come in as an entry level worker and you could end your career 30 years later as the president of the company,” she contends.