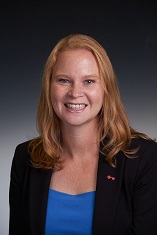 In her new position, Berry works with clients in a fiduciary capacity to develop and implement estate plans, according to a KeyBank news release. She works from KeyBank’s office on South Warren Street in downtown Syracuse.

Before joining Key Private Bank, Berry was a paralegal at the Sugarman Law Firm for nearly two decades.

Berry earned a bachelor’s degree in paralegal studies from Johnson & Wales University in Rhode Island. She is an active volunteer with the Make-A-Wish Foundation of Central New York and was named its Volunteer of the Year in 2017, per the release.