Harden Furniture shuts down after single bid received at auction 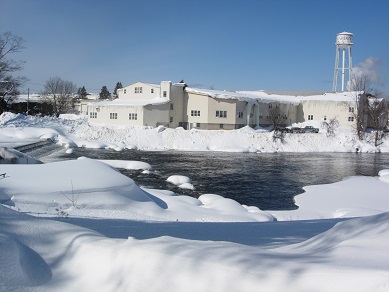 MCCONNELLSVILLE, N.Y. — Harden Furniture in McConnellsville, which employs 175 people, has closed following an auction forced by its lender GemCap Solutions.

“At this time operations at Harden have been suspended and a WARN Act notice announcing a closure of the entire facility has been circulated to employees and to the New York State Department of Labor,” the company said in a news release Wednesday. Worker Adjustment and Retraining Notifications are required by law when businesses shut down or close plants.

“Potentially this could be the end for the oldest manufacturer of residential and commercial furnishings in North America,” Harden said in the release.

The CEO added that if he had more time, the auction may have turned out differently.

“It is likely with another week or two we would have had an investor group as the successful bidder. Gemcap said no and the bidder they had recruited to be the “stalking horse bid” would only agree to a two-day extension — and a $250,000 fee,” he said in an email that accompanied the release.

Harden maintains ownership of the company real estate. All other aspects of the Harden Furniture, including its name, belong to the single bidder, Big Shoulders Capital, which Harden described as “a specialty lender headquartered in Northbook, Illinois.”

GemCap had loaned the money for a leverage buyout of the company by an Illinois investment group in 2016.

Harden expressed regret in the email, but refused to give up hope for some future for the business and its 175 employees. “We still might survive — or we might start fresh at some point down the road,” he wrote.