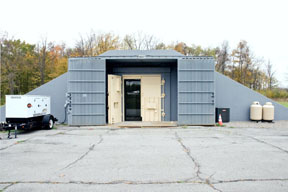 Expansion of the Finger Lakes Technologies Group (FLTG) fiber network has sparked job growth at the firm in the past two years and the company isn’t done yet.

Since the end of 2010, FLTG added 50 full-time employees and now employs about 100 people, FLTG President and CEO Paul Griswold says. The company, which provides telecommunications services, wrapped up an expansion of its fiber network into the Elmira area late last year and is now aiming to expand into Cortland, Binghamton, and Pennsylvania in 2013.

FLTG has been adding jobs in engineering, sales, support, and administration, Griswold says. Its fiber network now serves 18 cities. The firm is based in Victor in Ontario County, southeast of Rochester.

Customers for the fiber service include small businesses with as few as five or six lines and large organizations like hospitals and educational institutions.

“When we go into a community, we go after any business we can,” Griswold says.

The fiber network stretches from Rochester to Ithaca and the Syracuse area.

The extension into the Southern Tier is a joint venture with Empire Telephone of Prattsburgh. The new entity is known as FLTG South with all services coming from FLTG.

Empire Telephone is an investor in FLTG South and is providing its work force and trucks for the venture.

FLTG’s growth is also driving the construction of a new headquarters. The telecom firm will be the first tenant in the new Lehigh Crossing Business Park in Fishers, a hamlet located in Victor. The new, 22,500-square-foot building will allow the company to bring together its operations employees in a single location.

Those workers are now spread across multiple sites, Griswold says. FLTG is not shutting down any of its existing offices as a result of the new headquarters, he adds.

“We’re trying to get people together so we can work better together,” Griswold says.

Construction on the headquarters is expected to finish in May 2013. FLTG said it expects to add another 40 people to its staff over the next three years.

In addition to the fiber expansion, FLTG is also now in the data-center business. The company is running the business from a converted bunker at the former Seneca Army Depot in Romulus in Seneca County.

FLTG has about 10 customers for the business after launching last year. Customers could include a small business looking to back up data once a week or a larger company with more extensive data- storage and backup demands, Griswold says.

FLTG even has a couple of customers leasing space in another bunker at the depot for storage of paper records, he adds.

The firm also has a Cisco business providing equipment such as phones, switching gear, and wireless hardware.

FLTG is a subsidiary of The Ontario & Trumansburg Telephone Companies.

The companies trace their origin to 1920, when the Griswold family first founded the Ontario Telephone Company to serve residents in Phelps and Clifton Springs.

The company added Trumansburg Telephone in 1927 and founded Finger Lakes Technologies in the mid-1990s. Griswold, who took over as president and CEO of all the companies in August 2005, is the fourth generation of his family involved in running the companies.

In addition to Victor, FLTG and its parent companies have locations in Buffalo, Phelps, Romulus, and Trumansburg.