Film House: Filming on “American Dresser” to begin in Syracuse area this weekend 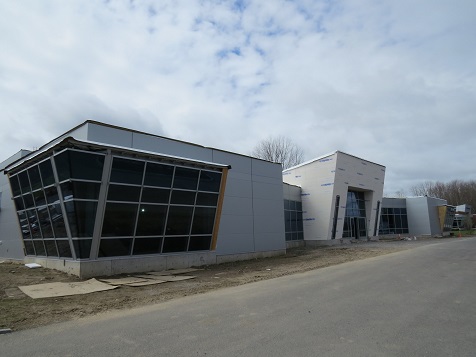 DeWITT, N.Y. — Preparations are underway to begin filming in the Syracuse area for the motion picture, “American Dresser,” this weekend.

The filming will create “dozens” of production jobs and generate “significant” increases in revenue for Syracuse-area businesses, SUNY Polytechnic Institute (SUNY Poly) and The Film House said in a news release issued Thursday.

The Los Angeles–based Film House is a tenant in the Central New York Hub for Emerging Nano Industries at 24 Aspen Park Blvd. in DeWitt.

The film, which has a multi-million dollar budget, has a cast that includes Golden Globe winner Tom Berenger and Emmy Award winner Keith David, according to the news release.

Berenger and David first worked together in the 1986 Vietnam War film, “Platoon,” the organization said.

“We could not be more excited about American Dresser and its all-star cast, and look forward to providing the Film House and its production team with access to our world-class technology resources as we embark on the future of movie making right here in Central New York.” Alain Kaloyeros, president and CEO of SUNY Poly, said.

Writer Carmine Cangialosi will direct the cast of more than 150 actors and actresses, support cast, and production teams.

The actors include local talent from Central New York, who were discovered during two days of open auditions that attracted more than 200 people each day.

The story of “American Dresser” has been described as “Easy Rider meets Crazy Heart,” according to the news release, which didn’t provide a source for that description.

SUNY Poly and The Film House provided a description of the movie’s plot.

“When faced with the death of his wife and the mounting strain it puts on his family, down on his luck construction worker and recovering alcoholic John Moore (Tom Berenger) finds his only solace in drinking again,” the description said.

“Now with his world collapsing around him, John finds a letter that his wife had kept hidden from him. The letter is from a woman John had been with over 20 years ago informing him that she was pregnant with his son. John decides to fix up and ride his American Dresser motorcycle out to California to find his son with his best friend and fellow Vietnam War veteran, Charlie (Keith David), who is dealing with devastating news of his own. They embark on a cross-country quest for salvation that requires them both to face the demons of their past,” according to the description.