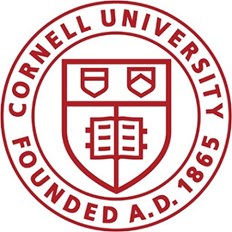 ITHACA, N.Y. — The Cornell High Energy Synchrotron Source, or CHESS, has plans for more than $80 million in upgrades and improvements at the scientific research facility in Ithaca.

Cornell will use the state grant funding to pay for capital improvements to CHESS, including its X-ray beam lines and experimental stations.

The National Science Foundation will also provide “significant” support to the more than $80 million in facility upgrades, Cuomo’s office said. The upgrades will include updates to the Cornell Electron Storage Ring, the accelerator that powers CHESS for X-ray operations.

Cornell will create at least 100 new “high-paying, high-technology” jobs while retaining 150 jobs at the facility, because of this project.

Once completed, CHESS will be among the five synchrotron source facilities for “high-energy, high-flux X-ray studies in the world,” Cuomo’s office said in a news release.

Built between 1978 and 1980, CHESS is a “high-intensity,” X-ray source that provides X-ray facilities to researchers from “across the nation and around the world,” according to Cuomo’s office.

It uses synchrotron light given off by charged particles — electrons and positrons — as they circulate in a ring at nearly the speed of light.

The X-ray beams generated at CHESS help scientists and researchers understand materials from airplane wings to cell membranes, from pollutants in plants to matter under earth-core pressures.

CHESS develops “innovative” tools and techniques to explore biological, electronic, and structural materials, as described in Cuomo’s release. Its scientists and engineers develop new instrumentation, technologies and processing techniques that are “highly” sought by other global laboratories, universities and research organizations.

As new synchrotron technologies and processes are invented at CHESS, they will be transferred, along with development support, to New York companies who sell the products and services to global customers.

“CHESS, and its expert staff, generate a lot of new technologies and require very sophisticated components. By working with local companies, CHESS stays at the scientific forefront internationally, and serves as a catalyst for advanced manufacturing in the region,” Joel Brock, director of CHESS, said.

CHESS utilizes funding from the National Science Foundation and the National Institutes of Health for operations. By leveraging the facility’s capabilities and the URI grant, CHESS is positioned to win continued federal funding through 2024 and beyond.