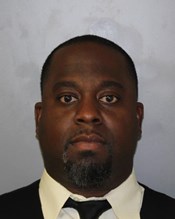 The worker allegedly tried to collect supplemental-benefit payments for days he claimed to be out on a workers’-compensation injury claim when in fact he was at work, the inspector general’s office said in a news release.

Duane C. Hayes, 40, of Oneida Street in Utica, was charged with falsifying business records in the first degree and criminal possession of a forged instrument in the second degree, felonies, and attempted petit larceny, a misdemeanor.

An investigation by Leahy Scott found that Hayes, a security hospital treatment assistant for New York State, submitted a false claim to his personal supplemental-insurance carrier, alleging he was out of work on a workers’-compensation injury from Feb. 10, 2016 through June 15, 2016.

That claim was meant to ensure receipt of supplemental benefit payments while out of work, the inspector general’s office said. The investigation, however, found that Hayes was at work on full duty status during at least four of the dates he claimed to be out.

“This defendant is charged with abusing benefit systems in place that were meant to help him through a difficult time, not enrich his bottom line,” Leahy Scott said.

Hayes was arraigned in the City of Utica Court and released pending further court action.

The New York State Police assisted with the arrest, and Oneida County District Attorney Scott D. McNamara and his office are prosecuting the matter, per the release.