CNY jobless rates remained higher than a year ago 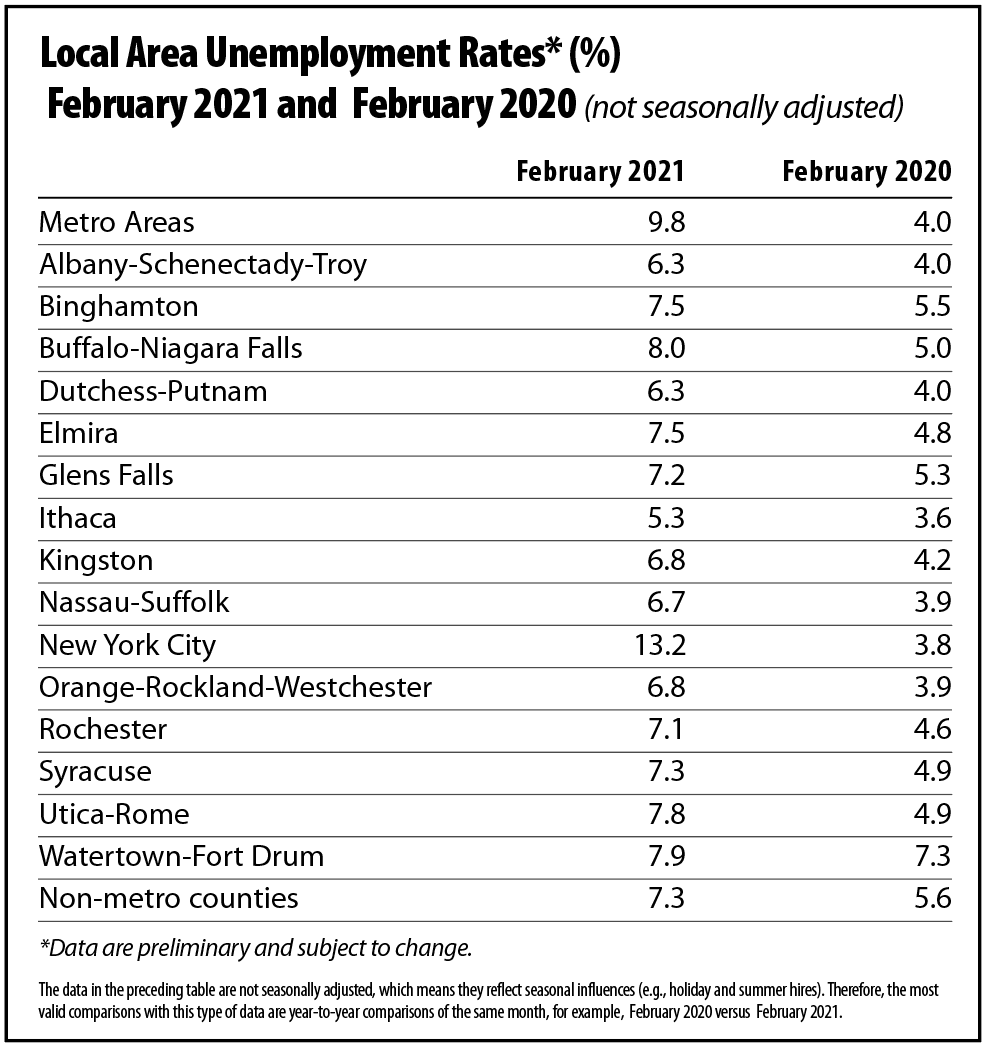 Region shed thousands of jobs in past 12 months

ALBANY, N.Y. — Unemployment rates in the Syracuse, Utica–Rome, Watertown–Fort Drum, Binghamton, Ithaca, and Elmira regions remained in single-digit figures in February but were still significantly higher than a year ago amid the pandemic’s economic impact.

The figures are part of the latest New York State Department of Labor data released March 30.

The Syracuse and Utica–Rome areas lost jobs in five-digit figures between February 2020 and this past February. The Watertown–Fort Drum, Binghamton, Ithaca, and Elmira regions shed jobs in four-digit figures in the same period.

That’s according to the latest monthly employment report that the New York State Department of Labor issued March 25.

The unemployment rates are calculated following procedures prescribed by the U.S. Bureau of Labor Statistics, the state Labor Department said.

New York state’s seasonally adjusted unemployment rate increased from 8.8 percent in January to 8.9 percent in February, according to preliminary figures released by the New York State Department of Labor.

The federal government calculates New York’s unemployment rate partly based upon the results of a monthly telephone survey of 3,100 state households that the U.S. Bureau of Labor Statistics conducts.

On the job-growth or loss front, the Syracuse region shed 26,900 jobs in the past year, a drop of 8.5 percent.

New York state as a whole lost 1.07 million jobs, a decrease of 11 percent, in that 12-month period. The state economy gained nearly 4,000 jobs in the latest month, from January to February, the Labor Department said.