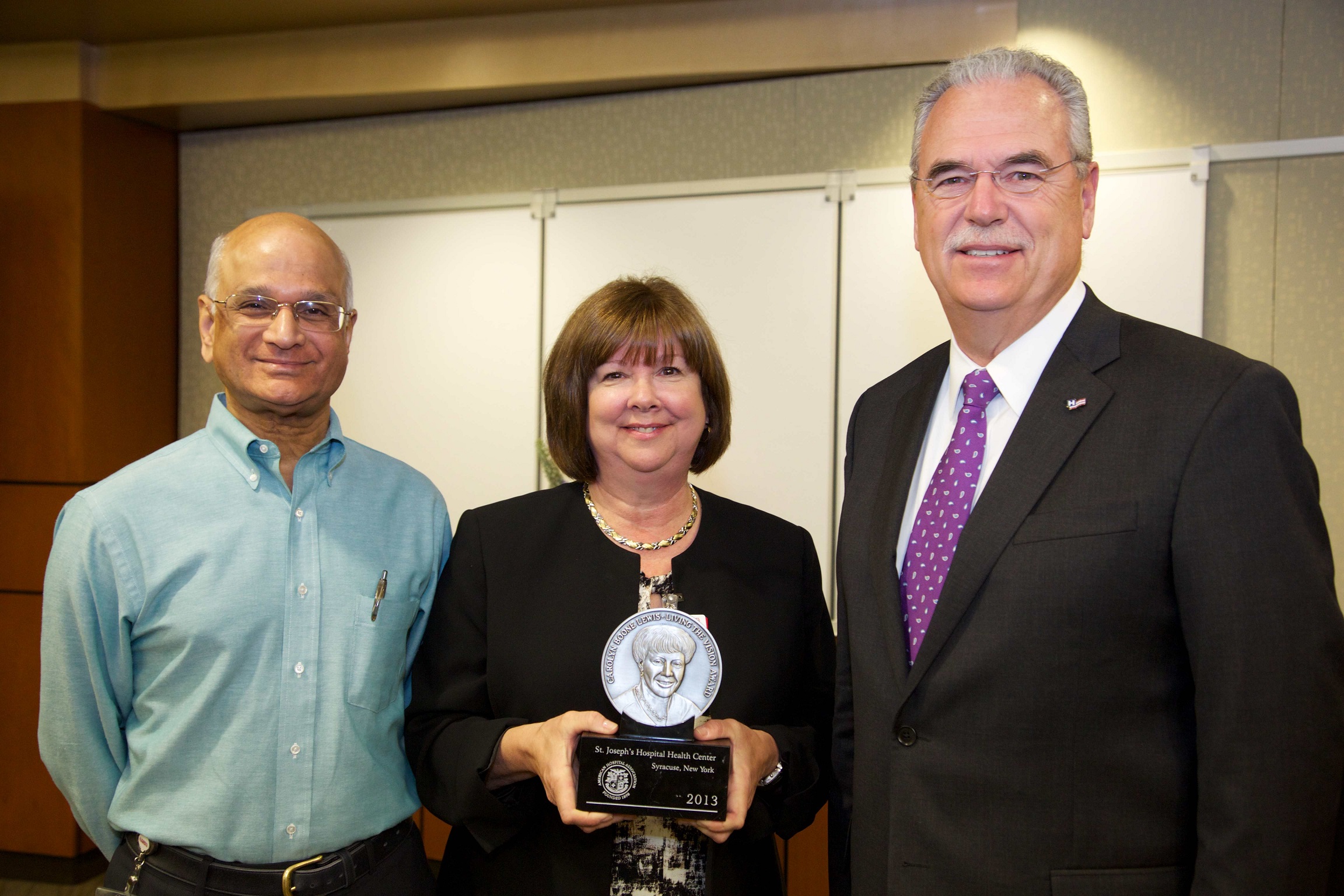 Richard Umbdenstock, AHA president and CEO, presented the organization’s Carolyn Boone Lewis Living the Vision award to St. Joseph’s during a brief ceremony at the hospital this morning.

The revitalization project includes a housing development described as “green” and “affordable,” a home-ownership initiative, and a job-training program, AHA said in a news release.

The project also includes the renovation of 20 properties for owner-occupied housing. St. Joseph’s is guaranteeing the mortgage of any employee that purchases a home in the neighborhood.

St. Joseph’s is also sponsoring a neighborhood workforce-development program focusing on training in sustainable methods of construction, weatherization, and landscaping.

Established in 1996 and first presented in 1998, the Living the Vision award recognizes institutions or individuals living AHA’s vision of “a society of healthy communities where all individuals reach their highest potential for health,” Umbdenstock said during his remarks.

He noted that the word “hospital” isn’t included in the organization’s vision statement.

“It’s not about hospitals. It’s about how hospitals exist within, work within, and connect with, help support, and ultimately measure their success by the health of their community,” Umbdenstock said.

AHA doesn’t provide the recognition annually, only when it finds “that member doing extraordinary work,” Umbdenstock said, noting it’s an award that requires a nomination.

In 2002, the award was renamed the Carolyn Boone Lewis Living the Vision Award, in memory of the first hospital trustee to serve as AHA chair, the organization said.

The Washington, D.C.–based American Hospital Association is a not-for-profit association of health-care provider organizations and individuals that are committed to the improvement of health in their communities. It says it advocates for nearly 5,000 hospitals, health systems, other health-care organizations, and 43,000 individuals.